by Tommy Christopher
Dana Loesch, CNN contributor and editor-in-chief of Big Journalism, has been sharpening her Tea Party cred against a Mitt Romney grindstone, bashing the candidate as an “unrepentant RINO (Republican In Name Only)” whom she “was against” in the last election, and this election. So great is her animus for Romney that she gets entire “mailbags of hate” from his supporters. The only problem is, Loesch voted for Romney in 2008, and the internet has the proof. This is the Tea Party equivalent of being in a mosh pit, and having a Justin Bieber CD fall out of your pocket.

Dana Loesch: “The man is a sham”

To understand just how much Loesch trades on her Mitt-bashing, check out this clip of her “Mailbag of Hate: Mitt Romney Edition.” Listen to the end, though, because whatever you think of Dana Loesch, she does an Elmo impersonation that would fool Big Bird (which also happens to be the name of a defunct Breitbart site that pushed back against scientific consensus among ornithologists):

END_OF_DOCUMENT_TOKEN_TO_BE_REPLACED

Tea Party to Scott Brown: The Party’s Over

He may have been the first major victory of the Tea Party on a national level, but Massachusetts Senator Scott Brown may wind up looking a bit lonely in that regard has he prepares to run for his first full term in the upper chamber. The Daily Caller is reporting that Tea Party activists are feeling rather lukewarm toward Brown at best. 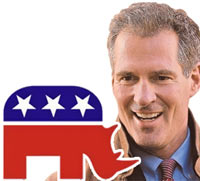 …Scott Brown was the tea party movement’s first electoral victory. But now that he’s up for re-election for a full six-year term in 2012, tea party activists tell The Daily Caller they’re not going to bother putting together the same operation that swept him into office the first time.

That’s not to say tea partiers will not vote for Brown, or even put up much of an effort to oppose him since a serious primary challenger has yet to be found.

END_OF_DOCUMENT_TOKEN_TO_BE_REPLACED

Posted in Tea Party to Scott Brown: The Party's Over

A clearly clueless Lisa Murkowski, a pro abortion  Republican  is very lucky she won her hotly contested for Senator against Joe Miller.  Had she been running for a member of the house she would be gone in 2012.  She is clearly a RINO. Her campaign was marred by Ballot Stuffing, Native Voter Fraud in  the Alaskan Senate Race  against Joe Miller.

July 28 (Bloomberg) — The debt-ceiling proposals put forth by Senate Majority Leader Harry Reid of Nevada and House Speaker John Boehner of Ohio would each cut about $750 billion over the next 10 years, according to Bloomberg Government analyst Scott Anchin. To get to a ratio of 60 percent debt to GDP, $4.9 trillion in deficit reduction measures would be needed in the next 10 years, says Bloomberg Government analyst Christopher Payne. (Source: Bloomberg)

The Joe Miller for Senate campaign has released new affidavits swearing that Lisa Murkowski’s write-in campaign is benefiting from voter fraud. A notarized affidavit sworn on November 1 by a voter at Sand Lake Elementary School states when voting began, “there was already a stack of  ballots in the box which in my opinion numbered in the hundreds.” The voter adds the ballots “were very neatly stacked and approximately 4 to 5 inches thick.” The affidavit adds this occurred at 7:00 a.m., and the voter was the tenth voter at that location.  Much more here.

END_OF_DOCUMENT_TOKEN_TO_BE_REPLACED

The acronym RINO was invented for Lindsey Graham. Not only does he play both sides of the aisle, he is frequently on the side with no facts and strange beliefs.  He worked to get Cap and Tax legislation passed. He was the one hold out that kept the Republicans for filibustering the appointment of the reprehensible, Sharia compliant, Marxist, all things gay, Elana Kagan. Yep we got her because of good ole goober. 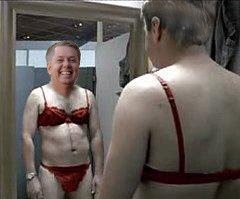 On a personal note, he refused to go to bat for his Constituent Pfc. Corey Clagett, wrongfully imprisoned in Leavenworth, Kansas in solitary confinement for following direct orders to kill while in Iraq.

His response, in a written letter to Corey’s mother he wrote, “I chose not to get involved.”  Thank you Ms. Lindsey because I’ve become very involved with the good folks of South Carolina that will be voting your useless but out of the Senate.

END_OF_DOCUMENT_TOKEN_TO_BE_REPLACED

In his article “It Is Time For A Birther Summit which appeared June 30,2011 in the Canada Free Press Dean Haskins put a number of issues to rest with his letter to the RINOGRAHAM.  Using a new way to communicate, gradegov.com it is thought  that Graham had a better that usual chance of receiving this message.

Today, I sent a letter to South Carolina Senator Lindsey Graham via gradegov.com.  My reason for choosing Graham is apparent in the letter itself.  Also, I chose gradegov.com because there is speculation that the members of Congress actually read what is posted there, unlike their regular emails, which are invariably intercepted by staffers, who respond with nothing more than form letters.  In this letter, I formally request that Senator Graham host a nationally necessary “Birther Summit.”

Here is my letter:

END_OF_DOCUMENT_TOKEN_TO_BE_REPLACED

Folks, the Democrats and RINO’s are pulling out all of the stops, including the race card, to block sanctuary city legislation.  The Chairman of the State Affairs Committee, RINO Byron Cook, continues to disappoint: Students, Federal Memo Complicate “Sanctuary Cities” — 82nd Legislative Session | The Texas Tribune, June 23, 2011

The Democrats parade some hard cases of illegal immigrant students in front of his committee, and he gets a “soft spot.”

END_OF_DOCUMENT_TOKEN_TO_BE_REPLACED

Huntsman Calls for Civility Where Reagan Stood to Eviscerate Carter